In a country where enforcement of environmental regulations has always been regarded as a major challenge, the new government’s decision to relax such regulations could seriously threaten to the country’s climate vulnerability. The Centre’s model to have more control over natural resources and relax the rules for foreign companies is leading to an unsustainable increase in the intensity and severity of exploitation of natural resources like coal. The recent Supreme Court verdict declaring the allotment of coal mines since 1993 as illegal must be a knock-back to those who attempt to influence government policies and principles. But that has very less to do with government’s long term plan of firing coal to push forward the “development” agenda.

Some of the important amendments brought in by the Modi government include the exemption of the requirement of public hearing for expansion projects of coal mines with capacity of 20 Million Tons Per Annum. Earlier this year, in January, former Environment Minister, Veerappa Moily, soon after taking charge of the Environment Department exempted public hearing for 50% expansion of coal mines with capacity of 8 MTPA, which was further increased to 16 MTPA in July this year by the present Minister, Prakash Javadekar. The indication is very clear that environmental considerations are not important when it comes to development agenda. In the words of the Environment Minister, Prakash Javadekar, “Green Ministry is no more a roadblock!”


The second relaxation proposed by the Modi government - the exemption of the EIA process for irrigation projects requiring less than 2000 hectares of land – also has a coal connection. Information accessed from Ministry of Environment and Forests shows that there is an increase in the number of thermal power plants in Ganga river basin. Despite huge public opposition and irreparable environmental impacts, the Centre seems to be committed to give a green nod to each and every coal fired plant. There are 26 coal fired thermal power plants in Uttar Pradesh, out of these 14 power plants have been cleared in last 5 years. The future of some 18 thermal power plant in UP, including Welspun Energy’s controversial 1320 MW Mirzapur plant, will depend upon the availability of imported coal.

In July this year, Indian company Adani Mining Pvt. Ltd obtained clearance to develop the largest coal mine in Australia, which has been strongly opposed by several green groups across the globe. In the same month, the Australian Senate also abolished the carbon tax on coal mines leading to a reduction in the cost of coal by 23 dollars per ton.  The 30% tax on mining coal and iron ore was first imposed in 2012 by the former labour government in Australia. [1]

The much hyped Ganga rejuvenation is closely linked with coal transportation. After the new government came into power, the Union Minister of Transportation Nitin Gadkari made a proposal for transportation of coal through a waterway as a cheaper alternative to road or railway. The proposed Ganga Waterway – from Haldia to Allahabad – includes the development of 16 barrages on the river to maintain sufficient water level to enable movement of ships. 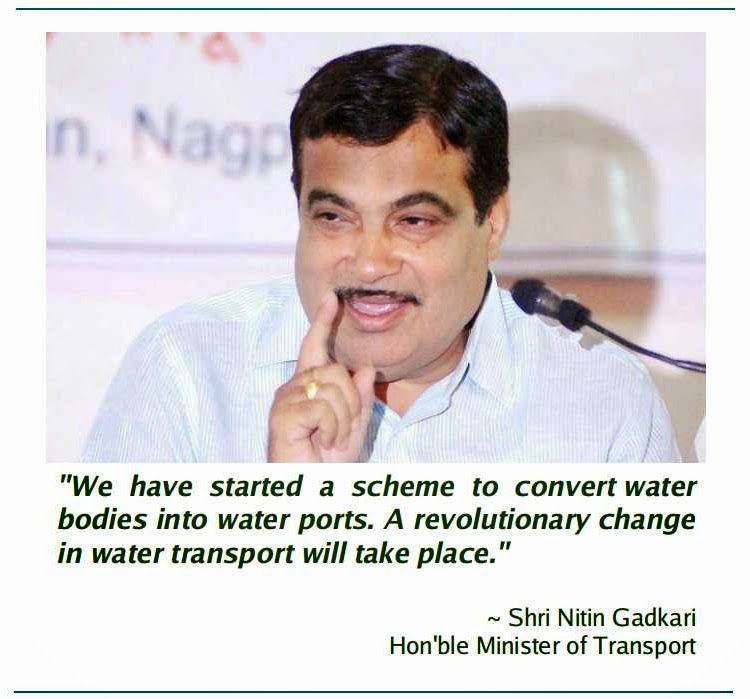 There was a careful arithmetic in arriving at the conclusion that the project will reduce the cost of transportation of coal.

The clean energy cess on imported coal, increased from Rs. 50 per ton to Rs. 100,  goes to National Clean Energy Fund (NCEF), which is reportedly to be used for Ganga rejuvenation and conservation. [2][3] In turn, the Ganga waterway with proposed 16 barrages is closely linked to Ganga Rejuvenation plan which is mainly aimed to facilitate coal transportation. The environmental, social and cultural costs of the project are not factored in into the equation at all.

In a recent representation by prominent people working in this sector, including noted environmentalists like Dr. Bharat Jhunjhunwala (Former IIM Professor), Dr. Ramaswami Iyer (Former Secreatry, GoI), Paritosh Tyagi (Former Chairman, Central Pollution Control Board), Dr. Dinesh Mishra, Gopal Krishna made to Government of India and the World Bank with respect to the proposal of Ganga Waterway, the likely environment, social and cultural impacts of the project were spelled out with strong scientific evidence. It was accompanied with a report, which runs into more than 80 pages, and also throws light on the aspect of climate change.[4: See the representation here]


Referring to a study of National Institute of Hydrology and WWF, the report states that the barrages may act against the flood conveyance capacity of the river due to increased rainfall which is predicted to be concentrated heavily in the month of August. It also cites the IPCC 4th Assessment Report which states that 1 million people will be affected by coastal erosion due to decreased sediment delivery by the rivers. The deposition of sediments due to construction of reservoirs behind the barrages will lead to less flow of sediments at the mouth of the Ganga and is predicted to intensify the coastal erosion. The natural hunger of the sea for sediments will not be met and the seas will erode the coasts to meet its hunger. This will further cause the sea’s advance towards the mainland accompanied with salinity ingress. The report also refers to a study by National Institute of Oceanography which reveals that the delta at Diamond harbor is shrinking at a very rapid rate, which is significantly higher than regional average of 1.29 mm/year.[5]


The report highlighted the impact on Sundarban delta, the world’s largest mangrove forests. The Sundarbans, which has been declared as UNESCO World Heritage Site, supports a wide variety of animal species including the single largest population of tiger and a number of other threatened aquatic mammals such as the Irrawaddy and Ganges River dolphins. The site also contains an exceptional number of threatened reptiles including the king cobra and significant populations of the endemic river terrapin which was once believed to be extinct. The region provides nesting grounds for endangered turtles like Olive Ridley, Green Turtle and Hawksbill Turtle. Two of the four species of highly primitive horseshoe crab are found here. The Sajnakhali area, listed as an Important Bird Area, contains a wealth of waterfowl and is of high importance for migratory birds. Some 78 species of mangroves have been recorded in the area making it the richest mangrove forest in the world.[6]

Presently available evidence indicates that the diversion of Ganges water at Farakka Barrage has led to an increase in both sedimentation and salinity in the Sunderbans which is threatening its ecosystem. The Sundari and Goran species are affected by top-dying disease, the report says quoting a research on impact of Farakka barrage on Sunderban.  Concerns were also raised for the Turtle Sanctuary in Varanasi and Vikramshila Sanctuary in Bhagalpur which are situated on the river.

The report has also emphasized the need for a comprehensive cost benefit analysis of the project taking into account its differential impacts on different strata of society before the same is put to implementation. The concerns are raised for poor people who will be affected due to coastal and riverbank erosion, loss of fisheries, increase in water-borne diseases, and loss of aesthetic value of free-flowing River which are directly linked to their daily lives. Download the complete report here

During a talk at Allahabad University in August this year, Dr. Bharat Jhunjhunwala, under whose leadership and guidance the report has been prepared said, “a Strategy Impact Assessment is required the most. ‘The correct comparison, therefore, is not between waterway, road and rail. The correct comparison is between (1) Small ships on presently available waterway; (2) Medium ships on dredged waterway; and (3) Large ships after construction of barrages.’


Apparently the new government renamed the Ministry of Environment and Forests to Ministry of Environment, Forests and Climate Change which brought a new hope to the nation’s climate agenda. The question remains unanswered as to whether the transformation of the Ministry would accord topmost priority to climate change mitigation measures in its decision making. The ruling of the new government for 100 days shows grant of environment  clearance to almost 217 projects in coal mining, thermal power etc .and diversion of forest land equal to 7,122 hectares which creates a doubt as to whether such clearances have been passed keeping in mind the long term impacts on climate change. [7] This certainly raises question on the credibility of the Ministry especially in light of the recent remark of the PM stating –It’s not the climate but we who have changed