The most awaited film on Science Express Biodiversity Special by Debaadityo was officially released by Mr. Chander Mohan, Adviser and Scientist G, Department of Science and Technology, GoI at Vikram A Sarabhai Community Science Centre, Ahmedabad. The occasion was valediction program of Science Express Biodiversity Special (SEBS) which crossed 24 lakh visitors in the current phase of exhibition during which it covered 18,000 kilometers touching 51 stations in 201 exhibition days.

This film by Debaadityo is a tribute to the team of SEBS which he made during his association with this unique science exhibition. He started his journey with SEBS from its inauguration on  5th June, 2012 from Delhi Safdarjung and worked as Science Communicator till successful completion of the phase on 22nd December, 2012.

Science Express is a unique science exhibition running on Indian railways tracks since last 5 years and it is now claimed as India’s longest and world’s most visited mobile exhibition. Fifth phase of Science Express is also the first phase of Science Express with the theme Biodiversity of India. The train owned by Department of Science and Technology is partnered with Ministry of Environment and Forestry, GoI and CEE and managed by Vikram A. Sarabhai Community Science Centre, Ahmedabad. For more information about SEBS one can scroll through http://sciencexpress.in

‘This is first time that any documentary film is being made by science communicators working on this unique train’, said Mr. Chander Mohan. The film was screened in the presence of representatives of all partner organizations of SEBS notably Mr. B.M.S. Rathore (Jt. Secretary, Ministry of Environment and Forests, GoI), Mr. Dilip Surkar (Executive Director, Vikram A. Sarabhai Community Science Centre) and Mr. Kartikey V. Sarabhai (Director, Centre for Environment Education) at Vikram A. Sarabhai Community Science Centre.
According to Debaadityo Sinha, Producer and Director of the film, it took more than 3 months and 1,000 original HD footages to make this film. ‘I am thankful to Mr. Chander Mohan and Mr. Dilip Surkar for encouragement to complete the film. Also special thanks to my very close friend Anjana Dey, Yasmeen Rajkotwala and Daniel Divyakumar for all kind of support’, said Debaadityo before screening of the film.

The film gained much acclaim for the unique way of presentation along with some of the exceptional footages from the SEBS. This is a must watch to know what exactly makes this Science Express as Science Express Biodiversity Special which will also  leave the audience with a curiosity to visit this exhibition once.

The film is now available on youtube and can also be watched on this website through the films section. 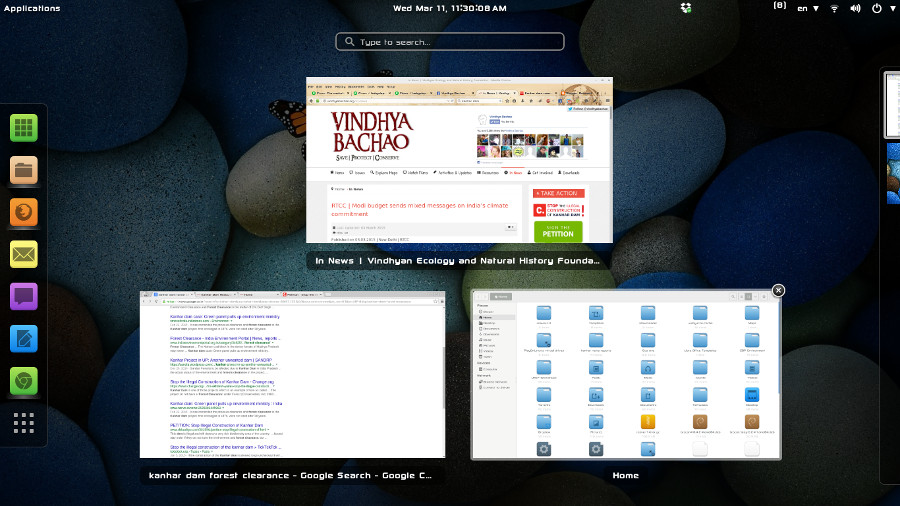