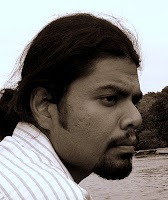 Another end to a year...2012 will never come again. For me another year added to exploration of this world, the people and how it works. Nonetheless to say, 2012 has been the most rewarding year in my entire life and if compared to last year, it has been wonderful. Got to see many places… got to know many people and of course got to learn many things. This year added to me lots of new experiences which I used to think, hope, wonder and desired. Thanks 2012 you gave me many such things in such a short time. Like every past years in my life
, I never regret doing anything whether it’s bad or good. Good things I always take as inspiration to myself and bad things I keep the result to beware next time. ;)

A short brief about those happened in this year.

This year started very well. My struggle of last two years at BHU brought some rewarding returns and I thank Him to give me the opportunity to get my confidence remarkably back. My close friends know it quite better how depressing was my time in 2011 in terms of my mental and social well being. Though I blame numerology to do with all those, starting of 2012 marked the completion of my long term ambitions. First success of Eco One in BHU which helped me recover a lot from my initial setbacks in BHU which left me totally harassed and low.  I experienced how time matters and how people change drastically with time. Eco One touched all the highs which Green Militia couldn’t, another example how people associated with a cause makes a difference. Not to forget the fellowship which I got from Toxics Link in the form of EEJP… this made me quite self dependent in all my initiatives. My long awaited project to make BHU a polythene free zone brought many new changes; surprisingly help came from administration also. Students and teaching faculty showed unexpected response to my call and in just a period of 3 months I completed all my promises I made to myself which I couldn’t complete in more than 2 years of study there. It was the year’s greatest achievement. Here I will be always grateful to those people who were behind me as pillars which helped me executing my ideas without any fear. My special salute to Navendu, Jaydev, Ashutosh, Ajay sir and Prof. G.P. Singh who brought the Debadityo living again from being almost dead. Success of Eco One meant a lot to me!! Thanks RGSC and special thanks to B.Com at RGSC… the most energetic students of the campus… you guys’ rock!! Second big thing was I postgraduated this year only, but after happening so many things there that was not much important…I think so.. really.. I don’t know because many were sceptical about it. Hehehehe

And… then the Ex-Coordinator of the M.Sc. (Tech.) Environmental Science and Technology at RGSC BHU. Nothing is hidden what equation we shared and what notion he had about me. I was so much pissed with him in all the three years of masters; I filed a set of around 25 questions RTI related to the course. Remember I did all those things in my last semester of all three years of my course which could have devastating effect on my career and which did in form of my low grades in last semesters after those RTIs. But those grades never mattered to me, as soon we were informed the course ‘M.Sc.(Tech.) Environmental Science and Technology’ is no longer a property of Prof. XXXXXXX (you know I hate his name so much). That was the happiest day of this year. It was 15th July, in the evening only I cut the rotten 5 inches of my long grown hair. Swear on god, this was the day I was waiting for. That left me highly satisfied and glad. All my torments and harassment were like repaying their dues.

The first half of the year went doing all these. It was easier for me to complete all the tasks due to the long involvement and failures in last two years at the same places. It was like nothing was left which could stopped me and I knew every ways for every obstacles. I am very happy to earn all the respect and support and complete all my promises with completion the degree which still gives me great satisfaction somewhere deep inside.

The second half of the year went exploring my whole country on the train Science Express Biodiversity Special, a train specially fabricated by DST and MoEF to spread awareness about the biodiversity of India. More about the train can be known from the film I made a few days back. It was not only exploring the places where the train went, but also exploration of the cultural diversity of each region the train went. It was also a lifetime experience for me to touch nearly all corners of India at one stretch and experiencing  more than 24 lakh people visiting the train. First time been to Assam, Nagaland, Orissa, Andhra and all other states which I never been to. Few of the places will be always memorable like visit to Chilika lake and seeing dolphins, seeing corals and Vivekanada rock at Kanyakumari, Gulmarg and Srinagar in Kashmir and few more like seeing Bhagat Singh’s cemetery at Ferozpur and deserts at Barmer in Rajasthan.

In all this 7 months, I got many opportunities to things never experienced till now. Most of them were because of adventure, few out of curiosity, sometimes due to some personal attachments with the persons and many times due to anger also. Those 7 months were like a separate period in my life where our home changes every 4 days. And in all those experiences, I learned many lessons and those makes the year’s greatest experience as well.